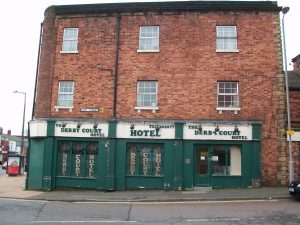 A Preston hotel owner who put the lives of his guests and tenants at risk has been given a 6 month suspended prison sentence and  ordered to pay £38,000 in fines and costs.

Lancashire Fire and Rescue Service carried out an inspection at the Derby Court Hotel on Pole Street in February 2018 and found numerous fire safety breaches.

Warren Spencer, prosecuting, told Preston Crown Court that there were a number of persons staying on the premises at the time of the inspection. As a result of the fire safety breaches that were discovered during the initial inspection, a prohibition notice was served by the Fire Service.

Mr Spencer told the Court that fire officers considered that the combination of inadequate escape routes, inadequate fire resisting compartmentation, and inadequate fire detection, rendered staff and relevant persons at risk of death or serious injury. Although the premises were listed as a hotel, the premises were run as a house in multiple occupation. The majority of the occupants had been resident within the premises for periods of time longer than those associated with hotel stays.

When fire officers and Council inspectors visited to carry out a routine inspection they found building work was underway, with a number of the tradesmen living on site on the top two floors of the building.

Power tools were strewn around, still plugged into the mains, wires were trailing, there were holes in ceilings and part of the ground floor had been used as a workshop for cutting wood.

Mr Spencer also told the Court that Hammer had previously been convicted of fire safety offences in 2005, and in 2006 received an action plan from Lancashire FRS, yet still allowed long and short-term residents to stay in dangerous premises.

Mark Ainsworth, defending, told the Court that Graham Hammer, 68, had inherited the building – then an amusement arcade – from his father in 1982. He had converted it to a hotel but in more recent times had let out rooms as a house of multiple occupancy. In 2006 he was fined £500 for fire safety breaches and given a number of action points from Lancashire Fire and Rescue Service.

Hammer also told officers there had been a recent issue with water escaping into the electrical systems – but in interview said he did not think there was anything in the building that could cause a fire.

When sentencing Hammer, Judge Philip Parry said: “If you genuinely didn’t think there was anything in this hotel which could burn or catch fire then it really was a cavalier attitude to fire safety.” Inspection of the safety systems found some fire doors were jammed, others did not fit properly, and one had a bolt on the other side.

The fire alarm was faulty, but Hammer’s wife regularly checked it in the same room ‘as it always worked in there’, Mr Spencer told the Court. Inspection of the safety systems found some fire doors were jammed, others did not fit properly, and one had a bolt on the other side. When Hammer was asked to provide a copy of the risk assessment, he produced a document which appeared to date back to 2006, with amendments made in correction fluid. 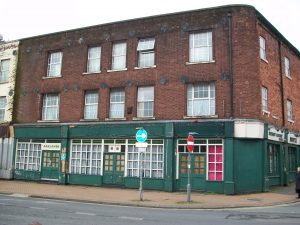 Judge Philip Parry said: “In my judgement you displayed a casual, if not cavalier attitude to fire safety. Your failure to ensure the building was adequately protected can only be down to your wish to save money.”

Hammer, pleaded guilty to four fire safety breaches by failing to take general fire safety precautions by ensuring adequate separation; failing to complete an adequate risk assessment relating to maintenance, monitoring and fire drills; failing to maintain adequate means of escape and failing to maintain systems to prevent the risk of death or serious injury. The court heard following Hammer’s previous conviction he had instructed the services of a specialist fire safety firm to carry out regular inspections. But a full audit of the premises and the safety systems inside was never requested or carried out. The judge told Hammer: “I have seen photographs of your premises and it was crying out for it.”

Mr Ainsworth told the Court that Hammer had now sold the Derby Court Hotel to a developer who plans to convert it into student accommodation, with the highest standards of fire safety.

Judge  Parry sentenced him to a six month custodial sentence, suspended for 12 months, together with a two month curfew between 7pm and 6am. He also ordered him to pay a £20,000 fine and £18, 790 prosecution costs.