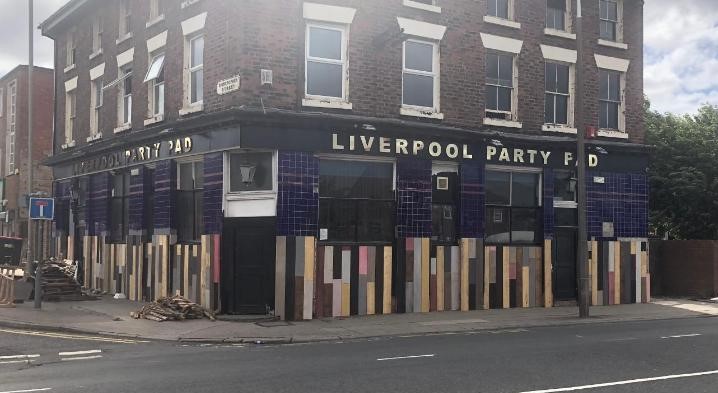 The risks attached to increasingly popular ‘unsupervised hotels’ were outlined in a case where a hotelier received a suspended prison sentence for breaching fire regulations.

Stephen John Charlesworth, owner of ‘Liverpool Party Pads’, was sentenced to 10 months in prison, suspended for 18 months; fined £20,000 and ordered to pay £26,000 in costs when he appeared at Liverpool Crown Court on 6th December. Charlesworth must also complete 180 hours of community service.

He had pleaded guilty at an earlier hearing to failing to comply with a Prohibition Notice on six occasions.

The court heard how Mr Charlesworth had consistently and repeatedly breached his responsibilities as the owner of Liverpool Party Pads, ignoring the Prohibition Notice placed on the premises by MFRA and putting his customers’ lives at risk.

Mr Charlesworth told Merseyside FRA’s Fire Safety officers that there would be no members of staff on duty, with guests “left to their own devices”. The court heard how builders had been sleeping on site during the renovation work.

The court heard how during the initial visit, Mr Charlesworth told MFRA that he was renovating the building for social and recreational use, with the plan to allow paying guests to hire the ground floor for private parties, with the bedrooms upstairs to be used as sleeping accommodation for said guests.

On inspecting the premises, MFRA found a number of fire safety breaches, including:

• A lack of maintained fire alarm system
• No emergency lighting along escape routes
• Stairways and escape routes were littered with various items, including
combustible materials
• Combustible material attached to the walls in the escape route
• A complicated stairway and corridors leading to 12 bedroom areas, with only a
single route in and out of the building
• Some of the bedrooms had a tent-like effect with material fitted to the ceilings
which could quickly ignite in the event of a fire
• A lack of suitable signage along the escape routes directing people of which
way to go
• A lack of suitable and sufficient fire risk assessment
• No fire doors

The inspecting officer was of the opinion that if a fire should occur within the premises, there would be significant chance that persons present would be at risk of serious injury or death. The Prohibition Notice specifically prohibited the use of the building for anything other than remedial work during daylight hours.

However, Charlesworth continued to advertise the premises on internet sites such as ‘AirBnB’, and allowed the premises to be used in breach of the prohibition notice.

An unannounced visit was conducted in October 2018. The court heard it was clear at this point that Mr Charlesworth had decided to “take his chances” and ignore the terms of the Prohibition Notice and allow paying guests to use the premises as overnight accommodation.

Further visits were made over the coming months. On one occasion, in January 2019, MFRA officers found 20 people present at the premises, in clear breach of the Prohibition Notice.

It was not until 13th February 2019 that MFRA was satisfied and the Prohibition Notice was lifted.