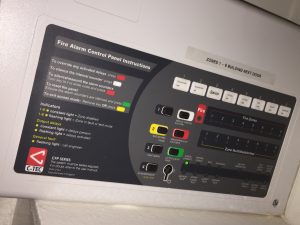 As the Solicitor who had conduct of the prosecution against Christopher Morris, the Fire Alarm Engineer prosecuted by Greater Manchester Fire & Rescue Service in 2010, I am often asked for advice upon the enforcement position in relation to fire alarm engineers when fire alarm systems are found to be inadequate or found not to meet the British Standards classification.

The starting point is Article 18 which requires the Responsible Person to appoint a “Competent Person” to undertake “preventative and protective measures”. The definition of what is “competent” is, in my view, a circular definition contained in the guidance to Article 2 and which states that the Competent Person must have ‘sufficient training and experience’ or alternatively he must possess knowledge and other qualities, which will in both cases enable him to properly carry out the task at hand.” Further, it states that “it follows that as a task increases in complexity so the expected ability of the Competent Person will also increase.”

It is somewhat unhelpful that the Guidance does not go on to identify appropriate accreditations or training courses which would support the fire alarm engineer’s assertion that he is “competent”.

It is not surprising that a fire alarm engineer’s competence is usually questioned only when a fire alarm system has been inspected and found to be deficient. Of course, when such a system is discovered it does not necessarily follow that the fire alarm installation was inadequate or that there has been inadequate certification of the fitness of the alarm system. There can be many other factors leading to problems with the system itself.

However the fire alarm engineer’s competence comes under scrutiny when a system has been wrongly certified as meeting the British Standard and it can be shown that the system was either not suitable for the premises or that it had been wrongly configured.

The British Standards are extremely helpful when assessing a fire alarm engineer’s competence and such matters can be put to the engineer in any interview under caution to establish his or her experience and knowledge of the standards and their application to the premises in question.

What is more difficult is evidencing an enforcement case against the fire alarm engineer. This is because, for any offence to have been committed, it must be proved that the engineer’s actions had, in some way, put relevant persons at risk of death or serious injury.

So, where an alarm specialist states “He didn’t ask me to make sure that it complied with British Standards, he merely asked me to fix what was there”, any evidence from the Responsible Person to the contrary cannot be used.

Obviously any documentation which exists can be used to support enforcement action. For example, a statement from the alarm company that the alarm system is fit for purpose and meets the British Standards, when clearly it does not, would be strong evidence indeed. In such cases Articles 18(2) and Article 22 could come into play as they effectively require co-operation between the parties to ensure compliance with the FSO.

A lot will depend upon whether the fire alarm company is under a long term retainer to service the fire alarm system or whether a one-off instruction to fix the system took place. This will show the extent of the ‘control’ under Article 5(3).

But until the definition of “Competent Person” has been clarified through requisite accreditations and training courses; and the proactive requirement to notify a Responsible Person that a system is not fit for purpose or the premises is placed upon fire alarm engineers, then the gathering of evidence to support enforcement proceedings will be a difficult process.